For all you 70-mm enthusiasts, we may be able to show The Master in the format: Entertainment are looking at getting a 70-mm print for UK distribution.

Best Picture Season:
My suggestions for consideration for the Best Picture season (I know there are more than ten but I thought people might disagree with some):

Trying to find any before 1960 is a bit difficult. There are some good films but most are less well known now (and we showed Casablanca quite recently). The three most plausible were:
Rebbecca (Hitchcock’s only best picture film. Not quite as famous as his best known films though)
On the Waterfront (I find it hard to judge but I think it’s better known than most of the older Best Picture films. Its about crime on the docks and stars Marlon Brando. It has a subtext about the McCarthy’s hunt for communists in Hollywood at the time)
The Bridge on the River Kwai (Stars Alec Guinness. Personally my favourite war film.)

As I said I’m not sure how they’d do but thought I’d suggest them as options to increase the variety of films on the schedule.

For reference a full list of best picture winners is here: http://en.wikipedia.org/wiki/Academy_Award_for_Best_Picture

Here are my suggestions for the other screenings:

Single screenings:
Taken 2
Killing Them Softly
End of Watch
Holy Motors (Quite arty but its been getting really good reviews)
Gambit (Comedy written by the Coen brothers)
Great Expectations
Untouchable (French film that has been getting a lot of press)
Berberian Sound Studio (I’ve heard good things about it and it seems to have had a reasonably high profile in the film press)
The Imposter (An interesting sounding documentary which also has been getting great reviews)
Premium Rush
Savages (Not heard great things but it is an Oliver Stone film so I imagine people will want to see it)
The Campaign
Hotel Transylvania
Madagascar 3: Europe’s Most Wanted

The programming meeting will be held on Wednesday 17th October at 7:00 pm in L3. It will be based around the draft programme below, but constructive comments to this thread are welcome beforehand.

I’ll be honest, I would’ve thought that Frankenweenie would be a stronger double than The Sweeney, it being a Burton film and all.

And on that note, no love for ParaNorman? It’s by the same people behind Coraline, it’s been getting some good praise recently, and I know you’ve got an AllNighter theme all sorted but I’d’ve thought it’d make a good second behind Skyfall. Did it fall by the “backup” wayside?

I’ll be honest, I would’ve thought that Frankenweenie would be a stronger double than The Sweeney, it being a Burton film and all.

I may yet shuffle a couple of singles and doubles around.

no love for ParaNorman? Did it fall by the “backup” wayside?

It’s in the reserves.

I wouldn’t disagree with putting Frankenweenie on a double over the Sweeney. Not sure about Untouchable on double either (it should definitely be on the schedule but I’m not sure how its looking for attendance yet. Quite a bit of hype but rather mixed reviews).

Just out of curiosity, what films are in the reserves at this point?

Just out of curiosity, what films are in the reserves at this point?

I think Hope Springs would be worth moving to the top of the reserve list. It’s a pretty straight rom-com with Meryl Streep in so should do well, and got 74% on rotten tomatoes…

The more I look at it, the better the timing of the Hitchcock season seems. The Odeon have been advertising Hitchcock films for months, I think the BBC are doing some Hitchcock stuff over Christmas (although I don’t think portraying him in a very positive light) and our screenings roughly coincide with the release of this film.

Maybe it might be worth using the BFI trailer ourselves next term: 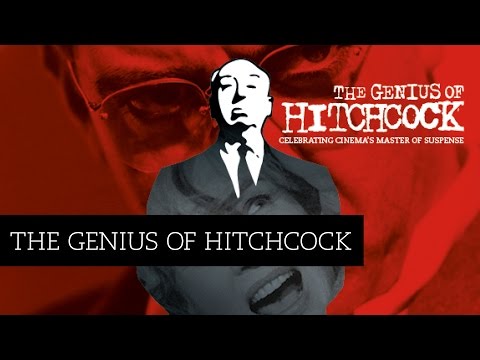 Dredd will be available in 35-mm and digital 2D. What a relief!

Apologies for the meeting.

I’m with George on the whole Hitchcock season - I think it sounds like a nice idea (assuming we can fit it in somewhere?)

Hitchcock season (assuming we can fit it in somewhere?)

I’m not planning any more than the three films in Week 4.

I think 3 films is enough to sell as a season/week (just about) so I wasn’t saying we should feel we have to make space for more. If there are some cancellations or others disagree I think we probably still would only have one or two more viable Hitchcock films to choose between.

I’d like to thank all those who attended the programming meeting for their contributions.

I present the provisional schedule for Spring 2013:

Any word on what’s in the Allnighter?

Edit: Sorry about that, learned to read. Looks pretty sweet.

One amendment: as part of a student-organised season of events about the Holocaust in Week 2, WSC will show Life Is Beautiful (which is available in 35-mm) instead of Downfall on Thursday 17th January.

I was quite looking forward to Downfall…

Life Is Beautiful looks just as good though.

Have they seen Life is beautiful before approving it?

While it is a classic I’m not sure it would fit in with the tone of their event. (Although admittedly I have no idea what tone they are going for)

Have they seen Life is beautiful before approving it?

Yes, it was the organiser’s choice.